These sporting underdogs will backflip into your heart and mind, you will be cheering at the screen along with them as well as cheering them on!! This is Cheer Boys!! Go! Fight! Win!

Part of the summer 2016 anime season Cheer Boys!! or Cheer Danshi!! begins with the story of two best friends who have done everything together since they met in childhood and when Haru decides to quit Judo after an injury and his best friend Kazu decides to do the same even though he is one of the best in the sport. Haru at first does not understand his friends decision and even accuses him of throwing away his great potential in the sport; something he is, in fact, denying in himself, but Kazu ends up throwing a curveball or perhaps backflipping is a better word in this case because of the sport in question that he brings up, CHEERLEADING!

It turns out that Kazu’s mother was a cheerleader and his father a coach for the sport and he has decided that he is going to do something never seen before, start an all-male cheerleading squad at the school. Haru goes along with his friend to keep him happy but there is obvious embarrassment within him when he finds out exactly what the sport entails and what he is going to have to do help his friends dream comes true. Can he help his friends dream become a reality or will his own shortcomings ruin everything? 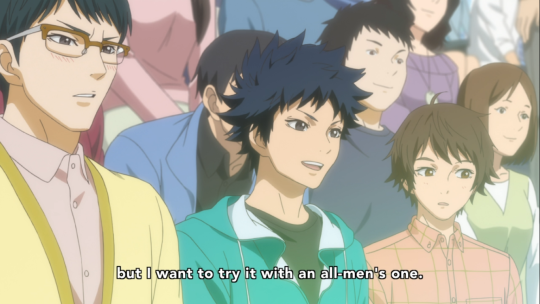 Our boys come into the world of competitive cheerleading knowing very little about the sport as a whole and are even mocked when they state their team will be an all-male team. This is an underdog story that if you are a fan of sports anime or even live action sports movies, you will have seen this kind of story before. This can at times make the story a little predictable but it does make up for this with some very memorable characters who show real growth throughout the series. As each character is introduced they will come across as one dimensional and even fit into certain character tropes, but as the series moves forward so do the characters. They grow alongside the story and by the end of the series, there is real growth among these characters and not just the main cast but even the side characters. 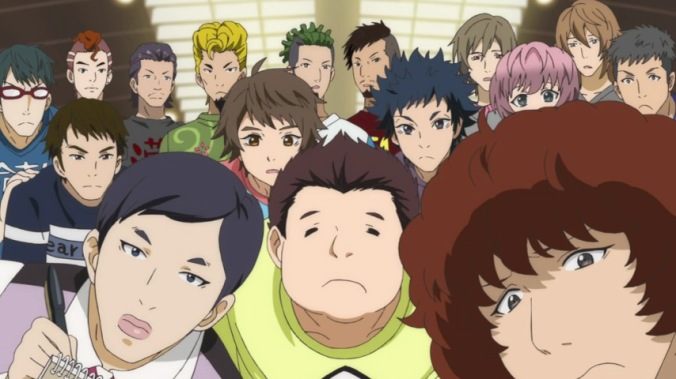 Cheer Boys is a good anime to watch if you are new to the sports genre of anime and the more popular series like Haikyuu or Kuroko no Basket seem too daunting due to their length, but at the same time is also a good anime to sit down and watch if you are already a fan of the genre because I would definitely consider it a hidden gem of the sports anime genre from 2016, because let’s face it there was only one new sports anime from 2016 that everyone is still talking about.