I cannot write about this series and my first impression of it, without writing about my history with another anime. That anime being Ore no Imouto ga Konnani Kawaii Wake ga Nai aka Oriemo. When that anime came out it became the second anime for me to have a personal connection with. Like how I saw myself in Serial Experiments Lain as a teenager I saw myself when I first became a fujoshi in Kirino. From her excitement within the fandom, wanting to make new friends and even a rival with opposing views, my particular offline rival over ten years ago now, did not like yaoi but loved tentacle hentai. 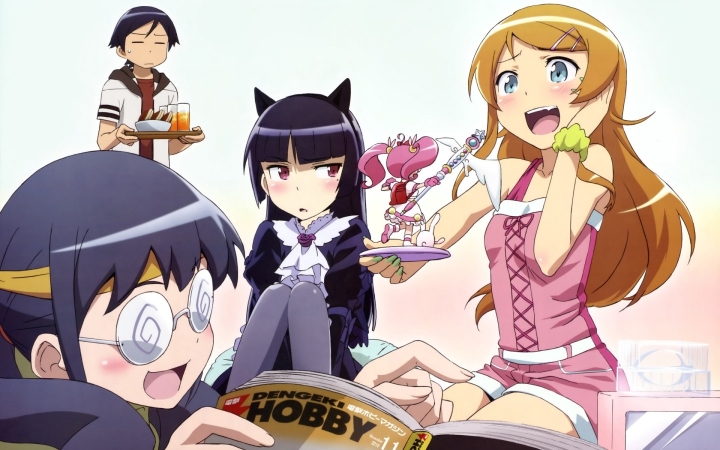 I know it was not a perfect anime but when it came out it was the perfect anime for me. I have gone through big changes since first seeing Oriemo all those years ago. I’m not as public about my loves as I once was and could even be considered a shut in at this point. A lot of this has to do with social anxiety I have had since I was younger that for a time I was on top of which left me feeling on top of the world, but became worse after certain life changing incidents over the years.

Upon watching the first episode of Eromanga Sensei upon seeing Saguri I felt that connection once again. I come across as confident online much like Eromanga Sensei but like Saguri I feel the fear and pressure of the world outside of my bedroom and knowing that the creative team behind Oriemo was behind this series I have no doubt there will be laughs and tears in this series for myself.