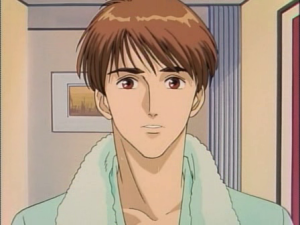 Junya Moshizuki has landed an amazing entry-level job at a big company and what makes it even better is one of the managers, one that he looks up to and admires has taken an interest in teaching the ropes of the business world. Little does he know his manager is grooming him for a darker underside of the corporate ladder. A side where sex is used as a negotiating tool between not only companies but higher-ups in the company as well.

With a title like ‘My Sexual Harassment’, one might expect an anime filled with very little plot, countless moments of dubious consent and of course lots of rape. The last two are definitely there in all three episodes of this yaoi OVA from 1994 – 1995 but it is not the main focus of this infamous yaoi title. One element from the second episode has even reached meme status not just in the yaoi community but the anime community as a whole, though a certain scene from the Adult Swim cartoon Aqua Team Hunger Force that has also become a part of that meme and skyrocket it even more into popularity online. Joking aside however this anime does tackle some very sensitive subject matters, so for some a ‘trigger warning’ may be needed.

From the obvious themes of workplace sexual harassment, this anime also extends into themes of not only dubious consent and emotional manipulation but also the toll it can take on a characters self-image and personality, something many modern boys love anime don’t seem to want to explore. What do I mean by this exactly? Well, sexual assaults seem to happen in many modern boys love series but are not treated as such. From the scene between Misaki and Usami in the first episode of Junjou Romantica to the first sexual encounter between Izumi and Ryouma in Love Stage!! Both these scenes have one thing in common, they are both sexual assaults. In both cases, Misaki and Izumi are touched without consent by the other, and this is the start of a happy relationship? It is because of scenes like these that give people the idea that yaoi fans have a fetish for rape. I’m not against depicting these kinds of scenes in a story but there need to be some bloody consequences for these actions! Though I will give some credit to Love Stage, Ryouma does feel bad afterward and Izumi is scared of Ryouma afterward as well, so that is something and they have to work for the trust.

My Sexual Harassment’s ending, however, feels like a proper ending to the situation with everything that happens throughout the episodes coming to a head with a conclusion that, though not a happy ending is a realistic one to the situation. You see real growth with Moshizuki throughout the series as he pretty much loses not only his own innocence but grows into a cynic by the end of it all.

If you have been putting off watching this yaoi classic simply because of the title, I must say you are missing out on an anime that treats its subject matter with respect and that will open your eyes to the in-depth stories that can be found in the yaoi genre. To those who are only curious about the corn thing – episode 2, but there is more to this anime than just a meme I can assure you on that one. 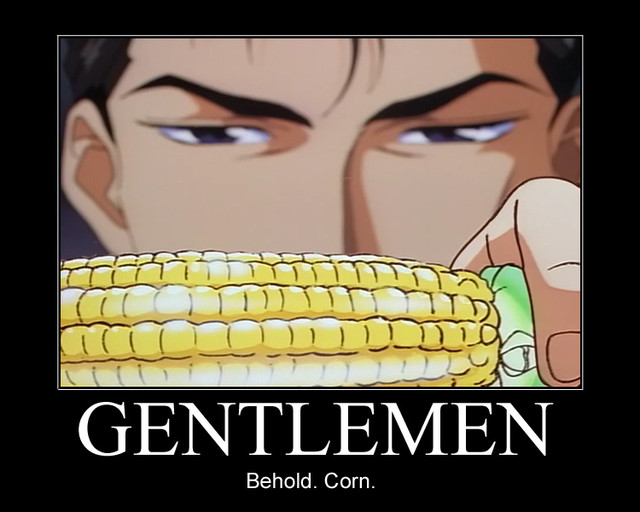