I was considering not doing any first impressions this season and just focusing on more reviews but then I watched the third episode of this new boys love anime and I found myself crying tears of joy. Hitorijime My Hero is the kind of boys love anime I have been waiting so long to watch again.

Masahiro is a boy who’s life has had no real direction, his home life is far from perfect and he hangs around a group of delinquents just to have a feeling of belonging but then that sense of belonging with the group is ripped out from under him when a vigilante takes out the group. Where will Masahiro’s life go after this? Well a series of events finds him a hero to believe in a new friend who has his own problems to deal with.

I am so hooked on this series already with characters that feel real and more than just a group of tropes and stereotypes. Masahiro himself could have so easily been a stereotypical delinquent youth character but he is not and the story of his friend and his long lost childhood friend was enough to make this fujioshi’s heart soar because what we have gotten so far is proof that this series will not just be baiting us, we already have a real relationship between two characters growing with one very heartfelt confession. 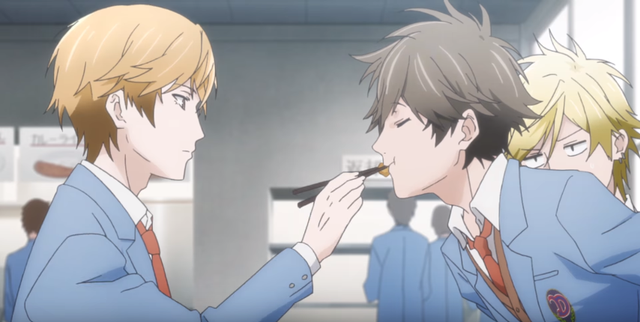 To my fellow fujoshi you need to watch this one!