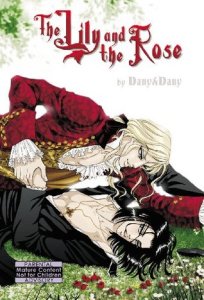 Lily and the Rose by author and artist duo Dany & Dany is one of my favorite western yaoi titles, but what is it about this story that had me hooked from the first page to the last?

A gothic tale of forbidden love set during the time of the French Revolution, it is a tale of love, lust, betrayal, revenge and a corrupt church just the perfect kind of yaoi story for the Christmas season right?

Released all the way back in 2007 by western yaoi publishing company Yaoi Press, this title was one of the first western yaoi titles I read and I instantly fell in love with the art style of this graphic novel. The artist duo behind Dany&Dany (Daniela Orrù and Daniela Serri) are a pair of Italian artists who came onto the scene around 2002 and have works published in English, Italian and German. When I first discovered Yaoi Press I was really excited to see Yaoi being made in the west and for an introduction to western yaoi many of the works by Dany&Dany are a good place to start and I always find myself recommending out of all their works Lily and the Rose most often. The characters pull you into their world and you get invested in their woes and troubles. 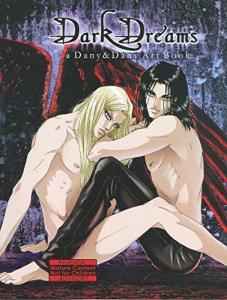 Lily and the Rose explores themes of church and homosexuality and though it does not go too deep into those themes it is a fascinating taboo to explore. If themes like these make you uncomfortable I would recommend IDOL by them as a starting point. IDOL tells the story of an artist who becomes obsessed with a hustler that he wishes to paint. There is nothing really that bad I can say about the titles by Dany&Dany except one thing. Many of their male characters do seem to suffer from same face syndrome. Nearly every one of their yaoi titles has the two leads as a hot dark haired man and a blonde. I have no problem with this personally but it would have been nice to see a bit more variety with their character designs and this becomes very obvious if you get a chance to pick up their artbook Dark Dreams.

Overall I recommend all the titles by Dany&Dany and I also recommend to my fellow yaoi fans to look outside of Japan sometimes for your yaoi fix. Another western yaoi story I have reviewed is the webcomic The Young Protectors – Engaging the Enemy by Alex Woolfson. A must-read for any yaoi lover out there who also has a love for superheroes.

2 thoughts on “Lily and the Rose – Yaoi Graphic Novel Review”