Those yaoi feels, it is something that is brought up in many a discussion with fans of yaoi and boys love and why they like it, I even briefly touched up it in one of my older posts. That post being Why Yaoi? In this post, I discussed what it was about the yaoi and boys love genre that I loved so much and went a little bit into my journey into becoming the fujoshi I am today. I never could quite put into words though completely what exactly those yaoi feels are, until now and of all places to figure it out it was within one of the weirdest communities on Youtube, the ASMR community. 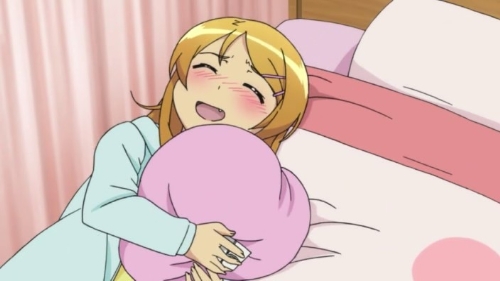 This post is going to get weird, but trust me on this one ok?

Autonomous Sensory Meridian Response or as it is most commonly known as ASMR is that pleasant almost pleasurable for some, tingling sensation over your skin and down one’s spine that comes when you are exposed to certain sounds and you know what this is also a perfect way to describe what many within the yaoi community refer to those yaoi feels that one gets when watching a good BL or yaoi anime or reading a really really great yaoi story, it’s for the plot I swear. It never occurred to me however until my recent discovery of a  Korean Youtube channel called of all things DICKHUNTER🌶 that these yaoi feels and ASMR with a little Mukbang thrown in could bring about these same feelings within this yaoi fan. I thought I was crazy to have this thought so I decided to post the following video on my Twitter to see if any other fujoshi would get those same feels I did.

I got a reply from a fellow fujoshi and we ended up discussing what we had just watched and needless to say, I was not the only one getting those yaoi feels from this video. From the flirtatious conversation between Dickhunter and his guest, the obvious inuendoes as they ate the chicken and those adorable fits of giggling the two go through throughout the video, just close your eyes and let the tingles begin.

Now, this is a weird video to enjoy believe me I know, and if you are one of those people who just can not stand the sound of people eating this will not be for you. But looking at the sub count he has it is obvious that DickHunter knows what he is doing with his videos, fujoshi bait or not if you are not grossed out by the sound of someone eating give this a go, at worse you will be grossed out by the sound of someone eating and at best, well who knows could this perhaps be classed as a new fetish perhaps for the yaoi fandom to get on, figuratively of course.